I was trying to do quarterly reports this year, but better late than never..

After a super busy block in June, I had a quick week at home to rest up and try to kick a sinus infection. I got to spend some time in the woods and in the river with Kaysee, which is alway a bonus. 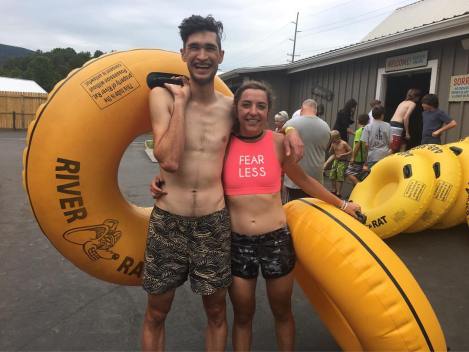 Soon enough, it was time for an altitude camp in Boulder. A friend generously let me stay at his place, so I had a great base for riding and trying to breathe. I always hear mixed reviews on Boulder, personally I like it a lot and always have a good time there. I know enough people that I don’t get bored, there’s a ton of cool roads easily accessible, and the best part is I get to make almost daily trips on the scooter to dip in the river.

Pretty normal training up there getting back into the swing of things plus one really big ride with Kaysee and one motor pace session with Nate where I was in another dimension of pain. 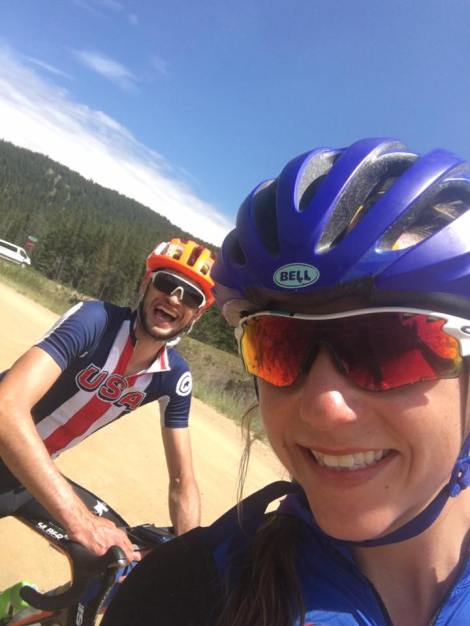 After Boulder, it was time for the annual pilgrimage to Bend for Cascade. I came in a little nervous after having really good rides there last year, so that was a mistake I made that cost me the first few days. Fortunately, this race has 3 stages that really suit me. On stage 3, the boys rode super well with Nigel in the move and everyone else keeping me protected for the final. Then I almost screwed the whole thing up with a poorly timed shift and subsequent chain drop. P-A came through with a superman push, but there was no saving it until I came to a full stop and fixed it by hand. From there it was an exercise in riding the red line of fitness to make it back to the group. I made contact with a few K to go and then set up for the sprint. 3 guys got off the front, so the sprint for 4th was on. I used a little bit of cross sprint tactics – slow into the corner, fast out. That worked pretty well and picked up the 4th.

Of course the big story of Cascade was the stage 5 crash, everything I have to say about that is already out there.

After Cascade, we drove over to Utah. We hung out there for a week and did a lot of cooking out and going to Walmart. 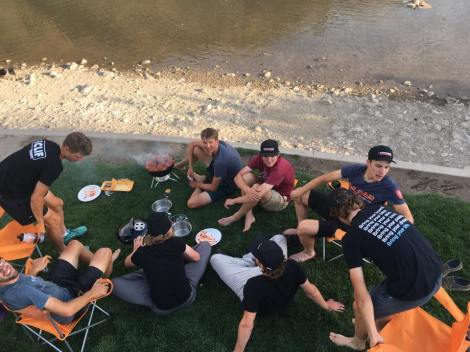 Utah is a fun one with a lot more publicity and buzz than other races we do. Nothing too crazy there, just a lot of long, hot days. We’re still chipping away at the leadouts. The only big disappointment for me was missing out on the stage 5 finish, it’s one that suits me pretty well but I didn’t have the legs I needed. P-A took home the overall fan favorite with everyone in Quebec glued to their computers, so that was fun.

following Reuben around is typically a good tactic to find the break… no luck today tho PC: VeloImages

“I know I left those bottles back there somewhere…” PC: VeloImages

Gotta give the fans what they want!

Post Utah, Will, Neilson, and I jetted over to France for ten days of training camp before l’Avenir. We got to stay in a sweet ski lodge on top of the Croix de la Fer, ride uphill a lot, and do some race simulations. It was nice to have such a beautiful place to relax between races.

Soon enough it was game on. Basically I spent the whole race suffering and doing what I could to contribute. The level at l’Avenir is so crazy high- with 10-20 guys who are already WorldTour strong and the rest not too far off. The big result of the week was 2nd on the last day with Neilson- can’t say I contributed to that one. Neilson is so crazy strong, I’m sure he’ll be popping off in the big leagues next year no problem.

It was a big honor to be selected for this race, only 6 riders per country are picked. I made this roster in 2015 and didn’t make the finish, so it was good to be able to make a few contributions to the team and finish off the longest race of my career- 9 stages.

the face of a 12k ft climbing day

After the race, it was straight back to work making up for a missed week of school. This meant getting way too sweaty pedaling the school bike over the bridge to UT.. 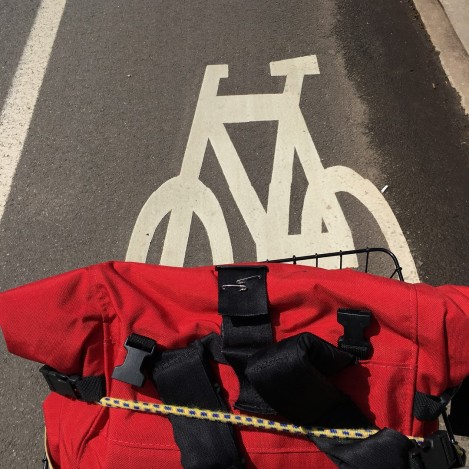 I was super excited to get to pull out the CX bike for MonsterCross, maybe too excited… 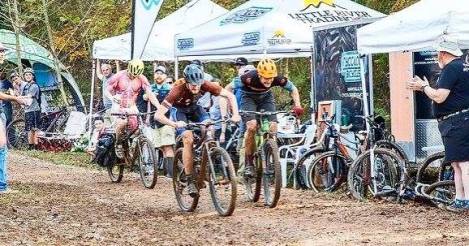 On a less fun note: at the end of October, I had surgery to remove a chronic saddle sore. The recovery from that has been more complicated than anyone anticipated, so training is a little bit behind schedule. However, I’m working with a good team at Podium Sports to get it fixed, continuing to work on strength at Health First, swimming some laps at the pool, hiking… Basically everything to be ready for bike racing short of putting in big hours on the bike. On the bright side, I’ve started back to riding in a very limited manner, but it’s a step in the right direction. It’s also a big relief to have the support of Silber through this. With the season starting later than usual this year, I’m hoping to be able to make all the races I want, but at this point it’s just playing it by ear and working on recovery day to day.

Alright, that’s six months in a couple paragraphs, all I got! Now to wait until the cold snap ends… 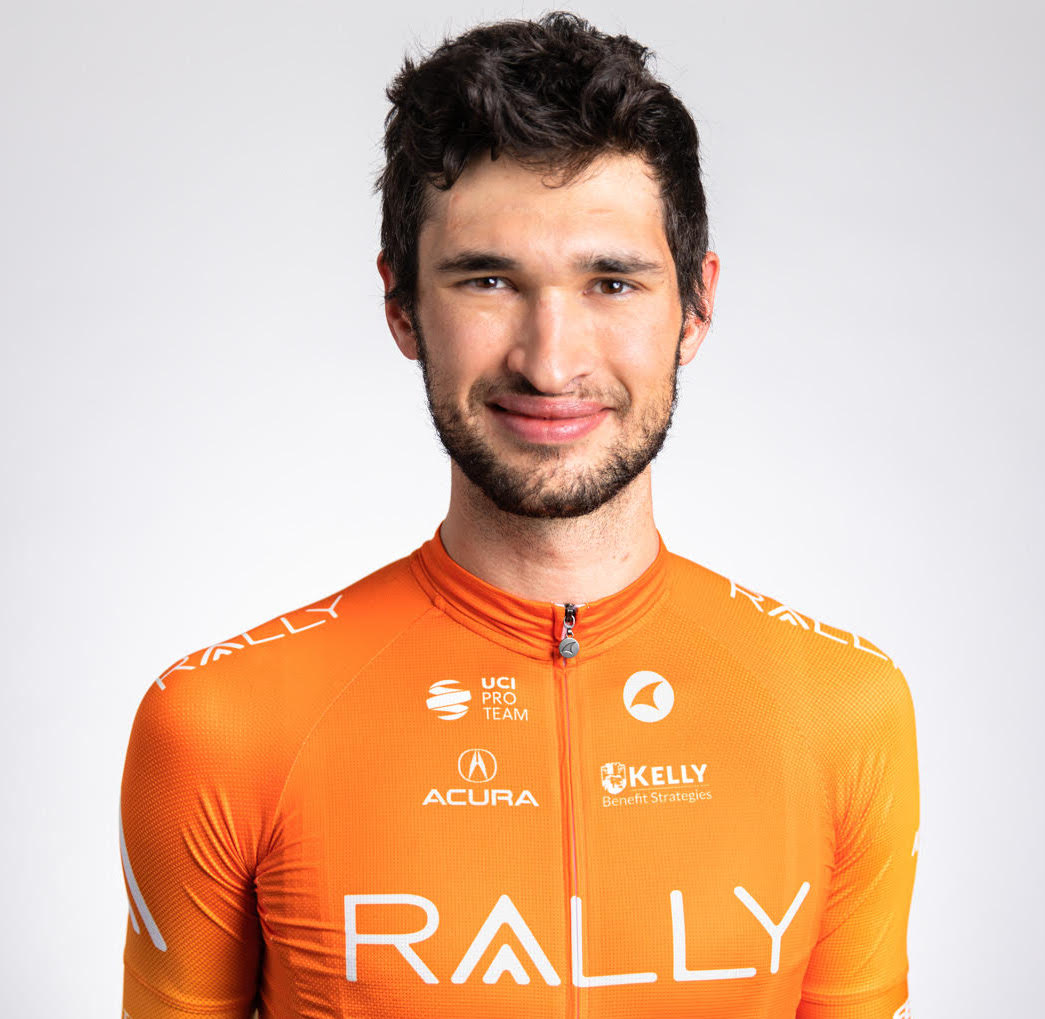